A photo album from the event can be viewed and downloaded here. Thank you to Patricia McDougall Photography.

Speaker presentations may be downloaded in the Attachments section at the end of this post.

EURAXESS North America and George Washington University (GWU) are co-hosting the Eighth Annual Meeting of the European Scientific Diasporas in North America. This flagship event will be the first activity of the GWU Seminar Series.

The event explores the successes and experiences of the European researcher diaspora networks in the United States and Canada and the increasing importance of scientific diasporas. It will take place in-person on Thursday, December 1st, 2022 at 10:00 AM Eastern Time at the Elliott School of International Affairs in Washington, DC.

This year's theme is Scientific Diasporas in Science Diplomacy. The free event is open to all researchers in North America, including European researchers as well as current, previous, and potential researchers based in Canada and the U.S. who have or would like to benefit from European research grants to further their careers. Representatives from scientific diaspora networks, European embassies, North American universities, U.S. government, industry, research institutions, and more are also expected to attend and participate.

The meeting will also be live-streamed on Zoom starting at 10:00 AM Eastern / 7:00 AM Pacific / 4:00 PM Central European Time. Convert to your local time zone here.

Attendance is free but registration is required, whether you attend physically or virtually. 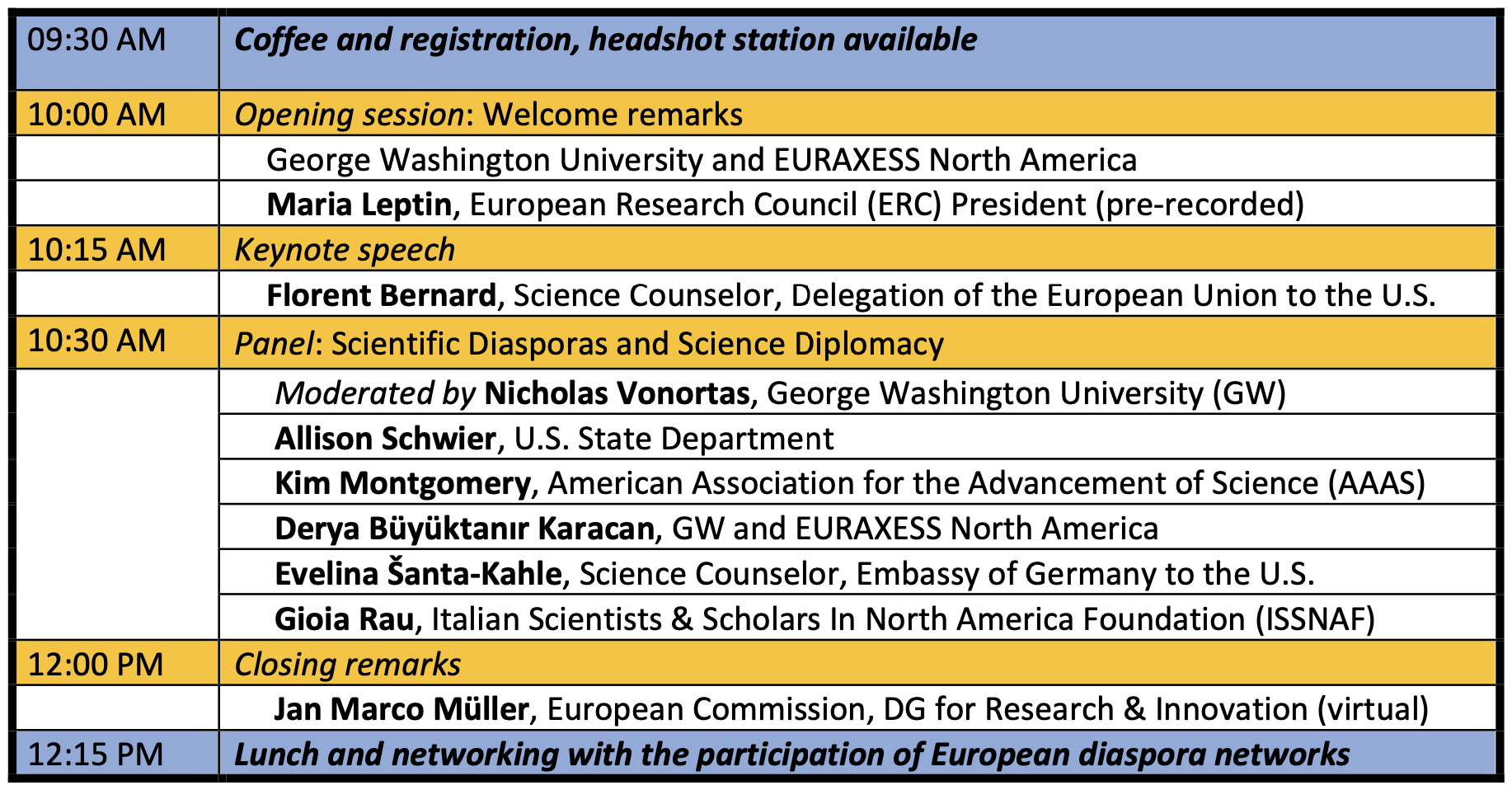