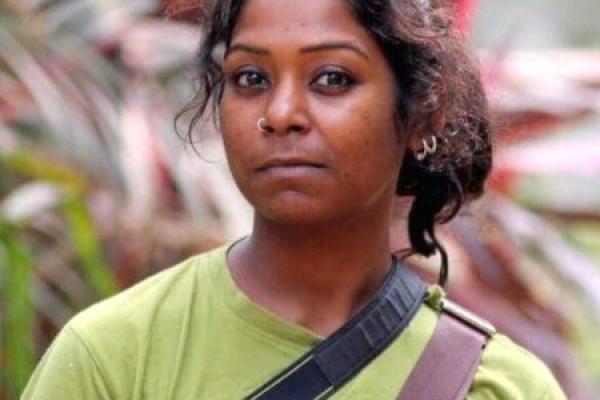 Shreejata Gupta, PhD student at National Institute of Advanced Studies (Bangalore) and one of the five finalists of ‘EURAXESS Science Slam India 2014’ with a slam on “Towards the Roots of Language: Development of communication systems in macaques leading to understanding of human language”. She has been to Europe with the Erasmus Mundus Programme.

I joined the National Institute of Advanced Studies, Bangalore in the year 2010 for doctoral studies on primate behavior. I graduated as a student of Zoology from the Presidency College, Kolkata, India, following which I pursued Masters in Forestry in the Forest Research Institute, Dehradun, India. I was then awarded a scholarship from the European Union for a Masters in European Forestry, which earned me double degrees from the University of Joensuu, Finland, and the University of Natural Resources and Life Sciences, Austria. I enjoy travelling and writing, photography is my window to the world while watching movies is my passion along with cooking and painting.

What is your research background and interests?

How would you describe spending long time away from the city? Has this had any impact on you?

My father’s job entailed travelling to lesser known areas of West Bengal, thus, my growing years were spent mostly in the outskirts of bigger cities sometimes in remote villages. I have always had a deep connection to the countryside, especially the warmth and simplicity of its people. I would not dare to say that I have been deprived of similar affection in the cities, but I am sure the quantity reduces with the din and bustle, if not the quality!

During my Master’s studies, in Dehradun, India, initially, and then in different countries in Europe, I spent most of my time in beautiful campuses, rather than in the midst of the cities. I gradually developed a liking for open spaces, where I could roam around at my own will, sit with a book to read wherever I fancied, and be engaged with deep ‘conversations’ with my inner self.

It was a rather different story in Europe. Although I lived mostly in the country side, I did spend some time in bigger cities such as Barcelona, Helsinki, and a considerable time in Vienna. I realized, city-life in Europe is quite different from what we have in India. The pace is faster in the cities, nevertheless, there are open spaces and greenery with the city, people are more aware to find time for their luxuries, in spite of the hustle of every-day life. More importantly, everybody respected other’s personal space, and judging others were rare, at least not as vocal, as we find here.

Finally, recently, during my doctoral work, I lived in a remote village in the Indian state of Karnataka. I lived in a serene valley at the foothills of the Nilgiris mountain range in the south. It was a novel culture, with new language, food habits, social values and almost everything, than what I had lived with so far. Eventually, it turned out to be the most amazing experience of my life! I learned the language, gradually got incorporated into the local peoples’ lives and the environment. The morning sun painted the mountains and greeted me at the break of dawn, the wind blew to inform me whether it was going to rain that evening, and the forest spoke to me in the night, when I was bored at a desolate hut in the fringes of the jungle. After a span of two years, without my knowledge, the village became my home and the villagers my family. I realised for good that I am not born to live in the city.

Where did you hear about the 2nd EURAXESS Science Slam India competition? Why did you decide to participate?

The director of our institute, Dr Baldev Raj, had circulated the notification mail advertising the 2nd EURAXESS Slam India competition among the faculty members. My supervisor, Dr Anindya Sinha, had forwarded the mail to us. I found it a unique opportunity to participate, and quite a challenge worth taking onto.

You have already studied in Europe. Where was this and with which European Commission Programme did you go? While studying abroad, it is common to meet challenges and surprises. Which were the three most challenging aspects of your experience? And the three smoothest ones?

I was awarded an Erasmus Mundus scholarship for Master’s in European Forestry 2006-2008. The course was conducted by the University of Joensuu, Finland, with the collaboration of six consortium universities from across countries such as Spain, Germany, The Netherlands, Austria and Sweden. For the final year masters dissertation, I selected the University of Bodenkultur (BOKU), Vienna.

Challenges and surprises were there all along the journey, most of the times, one turning into the other. It is difficult to list out three each, thus, I would try to provide some overlapping examples. Food and drinks, for instance, more often than none, presented the biggest challenges in several countries. Sometimes I have been very pleasantly surprised by tasting something that did not visually appeal much, but turned out to be an extraordinary gastronomic experience! The other way round happened pretty often as well, only making life more interesting!

Another challenging factor was language, more so as the course required a lot of travelling over a short duration of time. One particular incident was rather an eye-opener for me. In Barcelona, I was struggling to find someone named Jordi in one the municipality building. Soon, I realized that Jordi is every Tom Dick or Harry on the street, and since I did not have the family name of the one I intended to meet, it was an impossible task. I, exasperated with the anticipation of being lost as a newcomer to an unknown city, started cursing to the unknown, in my mother tongue. Within a span of a quarter of an hour, a person who was blowing dry leaves from the streets, approached me, took me by my hand and took me to the right Jordi that I was looking for. It still is a mystery how I understood what I was murmuring in Bengali, but I myself had a moment of epiphany realizing the unrecognized strength of mother-tongues!

The other most surprising, and enjoyable fact in Europe was to enjoy personal freedom, in almost every sphere of life, most of the times.

As a female researcher, do you think that it is the same for a woman to study in India or in Europe? Why?

I had hardly any problems as a female researcher in Europe. I had colleagues and friends from both sexes, where I have observed equal treatments. However, my European friends often said that there is subtle sexism underlying every profession in their society. I personally did not face it, perhaps because I was an outsider there. However, I feel the field-work experience is far smoother in Europe than what I faced in India, mainly because of being a female.

It was safer there, and people judged less when a female assumes the position of a field-worker, than they do here. Roaming around in the wee hours of night either in a city or outskirts is more socially acceptable in Europe than here, and more hassle free be it in terms of availability of public transport, or general safety.

On the science slam, why “Towards the Roots of Language: Development of communication systems in macaques leading to understanding of human language”? Why macaques and not any other monkey? What was the message that you wanted to reach the audience attending the live finals in Mumbai last November?

In the field of research that I am currently in, a lot of work is been done on apes (chimpanzee, bonobos, gorilla, orangutan). However, we do not know the same story from the non-ape monkeys, which otherwise has immense potential to contribute in such investigations. One inspiration to work on macaques comes from this. Moreover, our research group has been working on this macaque species form over two decades, unveiling interesting facts about them. A huge amount of background information such as this already puts one in an advantageous position to carry out complex work as I am pursuing. Finally, being present in southern India, easy availability of the macaques as study subject also was a lucrative choice.

In the live presentation at EURAXESS that I made, I tried to convey the basic principle of my study, and how it should not be confused with the usual natural-history oriented programmes telecast on popular media. What I wanted to reach across is that there are many ways of doing science. What I do in the forests, following monkeys is to answer some crucial questions of evolutionary biology, which will try to explain ourselves.

What did you find more challenging, preparing the pre-selection video or the live presentation at Café Zoe in Mumbai?

Actually, neither! If I were to compare the two at all, I must say that the preparation of the video was slightly more challenging, since it was something novel that I was doing. Moreover, to concisely put a complex research idea into a 3-min video was rather daunting! But I enjoyed every part of it with the spirit of adventure. Presentation at Café Zoe was quite a smooth process, more so owing to the orientation on the previous day and the friendly atmosphere created by all of you, by the time we hit the stage.

How was your experience as finalist of the 2nd global EURAXESS Science Slam in India?

Absolutely unprecedented and amazing, to say the least. I made fantastic friends, I met many interesting people, I experienced a competition which had the spirit of learning new things, than proving unnecessary ones.

Would you recommend the experience to other researchers? Why?

Yes, of course! For the sheer novelty of the experience, and the challenge to convey your ideas in a constrained stretch of time, in an innovative way. I think that was the most challenging task of all, and everybody should be equipped with the skill.

Any tips that you would like to give to prospective EURAXESS Science Slam participants?

Have fun and be yourself!

Thank you Shreejata for this interview!